All That's Wrong with the Golden Dawn

Popular posts from this blog 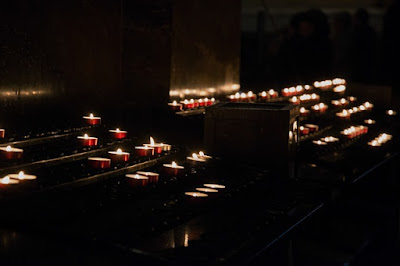 I recently read Lev Grossman's novel "The Magicians," a book that's been on my reading list for quite some time.  It's an engaging story overall, but the most compelling aspect of it to me is that Grossman pulls back the fantasy curtain and creates a world in which magic does not solve the greatest problem:  that of the human condition.  Unlike the world of Harry Potter, there is no central villain to fight, no epic struggle to galvanize the protagonists and give them purpose.  In "The Magicians," the struggle is with oneself, to find meaning.  The students who come to Brakebills to study magic are brilliant, alienated, and often socially challenged.  And magic doesn't fix that.  If anything, it drives home the point all the more sharply:  no matter how much you may try to look for a change in circumstances in order to escape your ennui and give your life meaning, you cannot fix the brokenness within yourself by looking for a change in the outer
Read more

"Muggle Jobs" and the Prosperity Theology of Occultism 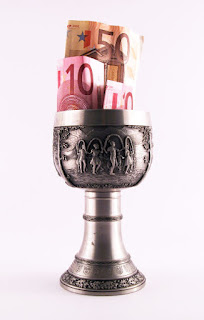 Occult blogger (and fellow Minneapolitan)  Scott Stenwick  recently posted an  article  weighing in on the curious disdain that some people in the esoteric community seem to have toward magicians holding down day jobs.  For those who haven't encountered this phenomenon, the argument goes that if a person were really a good magician, they would be able to magic themselves into enough riches that they don't need to work for a living. As Scott points out, the idea that an author can make a full-time living from publishing in a niche market such as esotericism is a relatively naive one.  Since he skillfully debunks the idea from a feasibility standpoint, I'd like to focus instead on where the idea comes from in the first place and why it's wrong-headed in its foundational assumptions. The core feature of this viewpoint appears to be that a good magician should be able to focus on his or her magic, make a living at it, and not have to work a boring "muggle job&
Read more